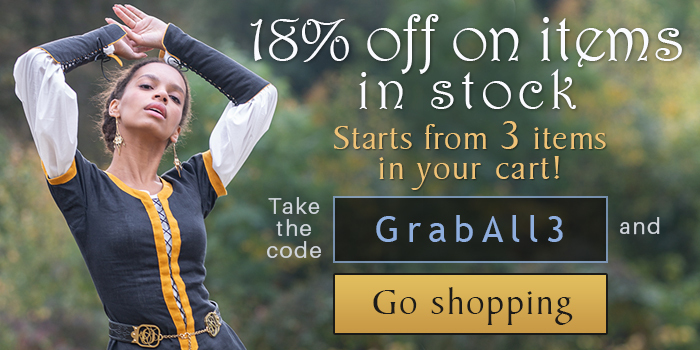 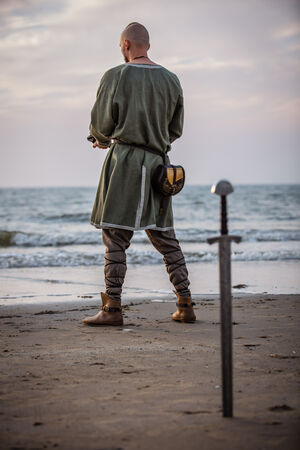 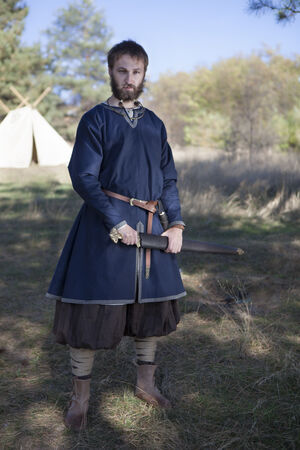 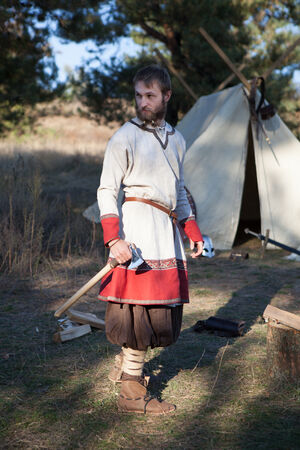 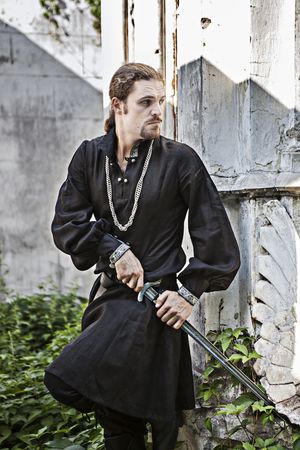 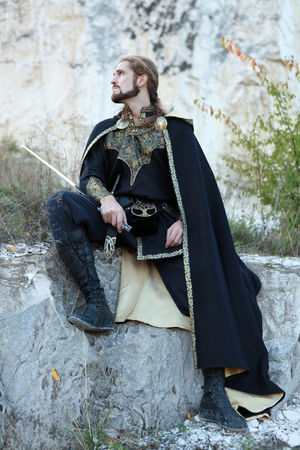 Cloak “Knight of the West” 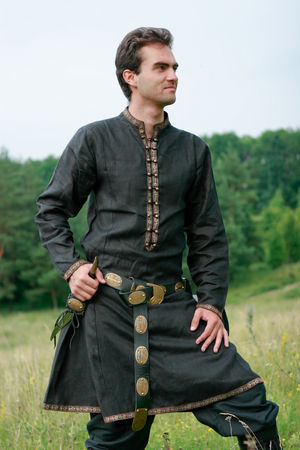 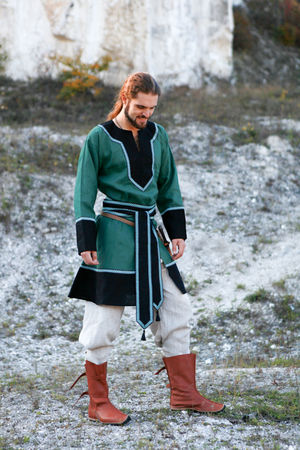 Men's tunic with accents and belt 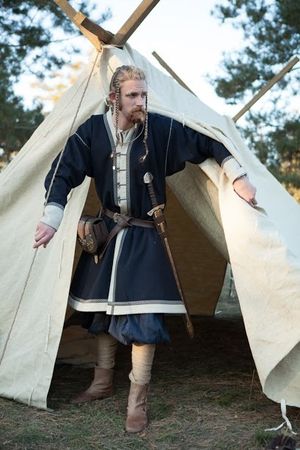 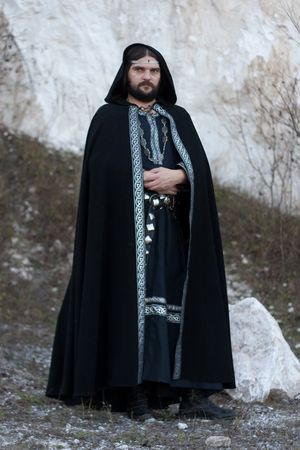 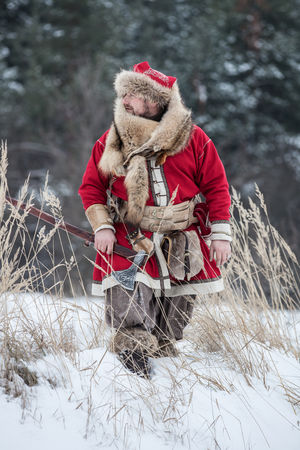 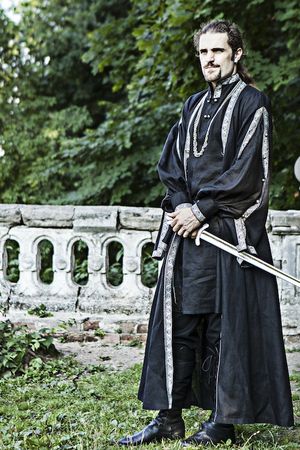 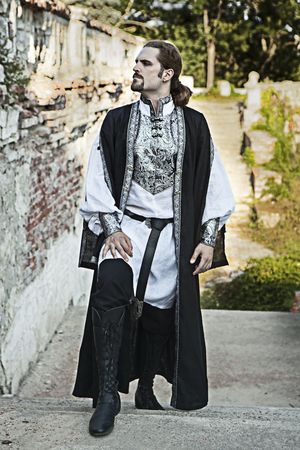 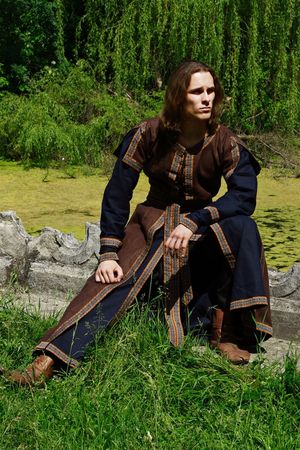 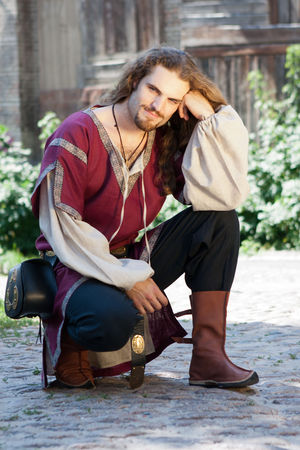 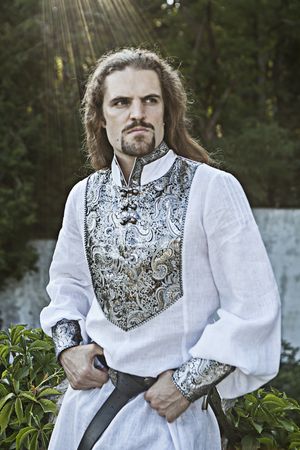 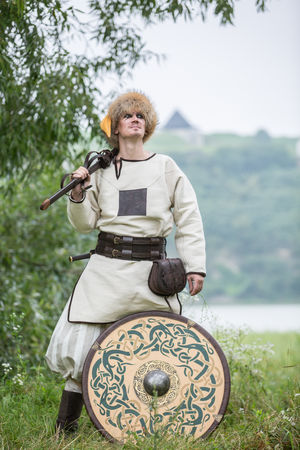 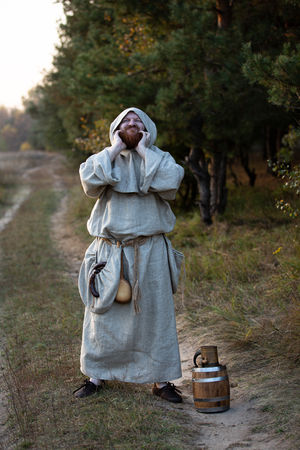 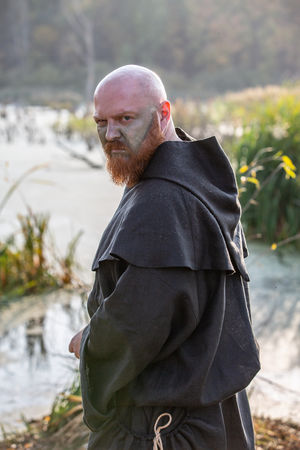 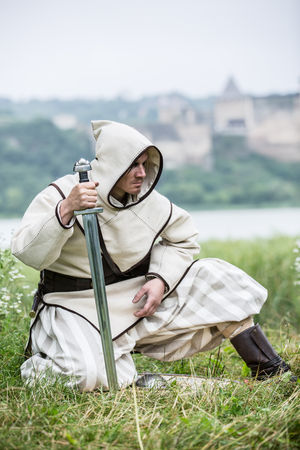 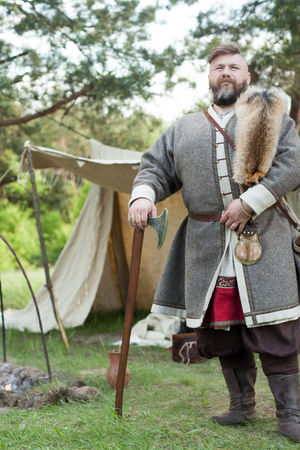 ArmStreet is well-known for the unique design and high-quality medieval products. There is a wide variety of men's medieval costumes of all shapes and sizes in this section - from early Vikings and Eastern European outfits to traditional western clothing, from elegant fantasy garbs of elven warriors or fairy tale prince to monks and crusaders costumes. We have both plain and modest natural flax linen undertunics, tunics and coats and richly decorated noble costumes from different periods. Most of our costumes are historically accurate thus fit for reenactment and SCA, other are period-based but have some fantasy elements, and some are exclusive designer's creations, so will feed your imagination and make a great buy for LARPers. Check out the main periods and styles:

To briefly describe a Middle Ages suit, it should be noted that the clothing of the period pointed to the origin, class affiliation, occupation and wealth of the owner. Two tunics worn girded one over the other formed the basis of the early medieval costumes. Male undertunic featured long, one-piece sleeves, while the upper one had short wide sleeves or no sleeves at all. Initially, both of them were hip length, but from the mid 9th century their bottoms extended and reached the very floor. Short tunics were still worn by peasants and young people. A distinctive feature of the medieval male costume were pants that could be long, relatively narrow trousers or tightly fitting chausses like a tricot. Outerwear was represented by a short semicircular cloak fastened at a shoulder, which transformed into a long one later and became known as ‘mantelet' in the Charlemagne era and the Carolingians.

Starting from the 12th century, tunics were getting longer, narrower at the shoulders and wider at the bottom due to gores sewn into the side seams. With the appearance of the feudal crests, colors of the men's costume echoed the colouring of his feudal's coat of arms. Both nobles and common folks wore surcoats and tabards - long sleeveless cover-ups of rectangular shape with a hole for the head, which could be unsewn at the sides.

Only in the mid 14th century, the upper tunic was replaced by pourpoint - kinda short jacket with narrow sleeves, which was initially worn by knights under the armor, but later became a part of a casual medieval costume. Men's upper caftans with a tightly fitted body and flared bottom made up of woolen, brocade or velvet fabrics came in fashion among the nobles during the same period. Upper-class medieval male costumes were made of brightly colored fabrics: blue, green, oxblood and purple, while peasantry, considering the high cost of imported dyes, wore darker, gray and brown clothing.

The secret of our medieval costumes for men store isn't only a huge assortment, but consistently high-quality natural materials. Being a part of textile tradition for thousands of years, flax linen and wool broadcast timeless sophistication and casual grace. Try on the superior medieval style to enjoy the essence of natural luxury! Material and color options, tailoring for a non-standard figure and height together with communicable online support make purchasing men's medieval costume easy and convenient. Buy medieval costumes for men once and you'll certainly get back to ArmStreet for period costumes for the whole family and friends!