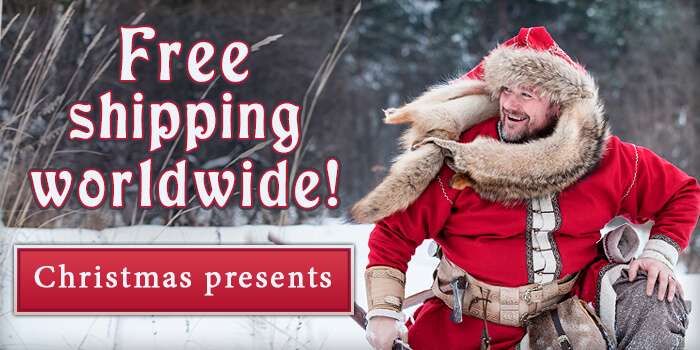 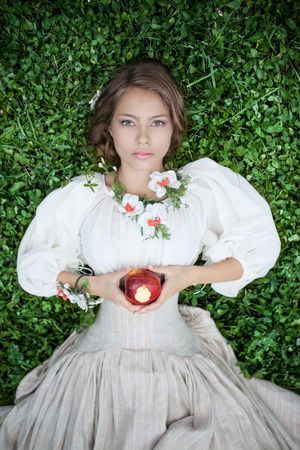 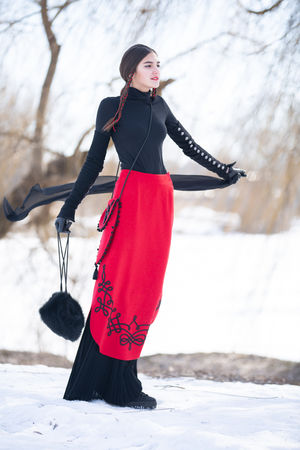 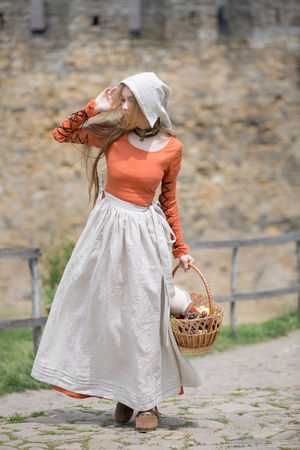 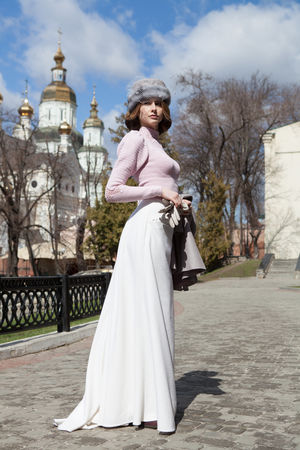 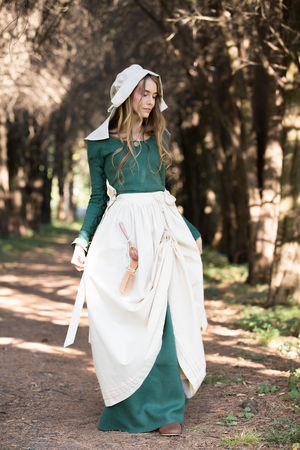 Cotton overskirt with pleats and bows 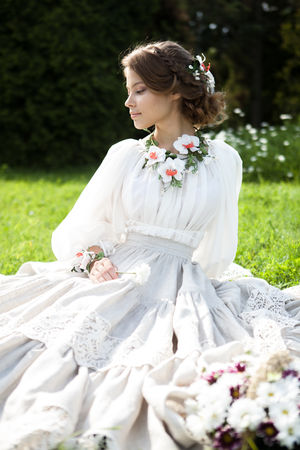 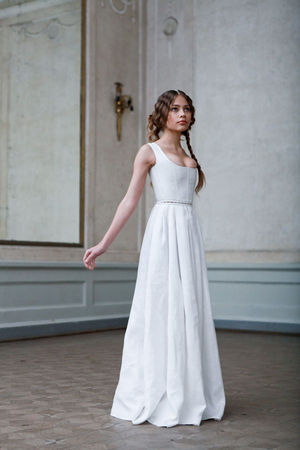 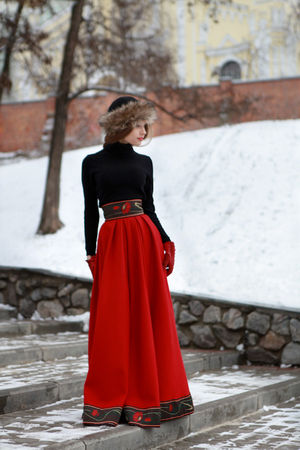 Talking about an average set of clothes of an average Middle Ages fashionista, most likely dresses, overcoats, capes, chemises and tunics will be mentioned. Let’s convert the average into outstanding! Consider adding medieval skirts to your festival outfit. It can be a finishing touch, a hidden upgrade or even the gem of the astonishing look at the confluence of period and casual styles.
Looking forward the next season of events or deep into it – it’s never too late to buy medieval skirt and enrich your character’s wardrobe with unusual piece of clothing!

Don’t skirt around the historical journey :)

Going deep into the history, one can notice the distinguishing feature of a skirt as an article of clothing – the fact that it existed even before the fabric was invented. The simple design of this universal apparel allowed to manufacture it of straw or palm leaves. In ancient times in many cultures it was worn both by men and women and there are still examples of unisex skirts, such as scottish kilt. However getting on for our favorite period of time medieval skirts were significantly dominated by dresses as the main type of garment.
The role of the middle ages skirt was pushed into the background. Early in the period it was used as an outer layer – worn over the dress it prevented the latter from damages unavoidable during housekeeping. And conversely switched to the undergarment subcategory at the 16th century adding volume or providing the desired shape to the bottom part of luxurious dresses of Renaissance epoch.
In our medieval skirts store you’ll find the described types and a fantasy inspired by old Russ style as well. You can be sure that your new acquisition is produced of high quality materials:

We pay careful attention to every tiny detail: from stitches to lacing, from buttons to hem work. That’s one of the ingredients of our recipe of how to make you happy with every new purchase from ArmStreet!