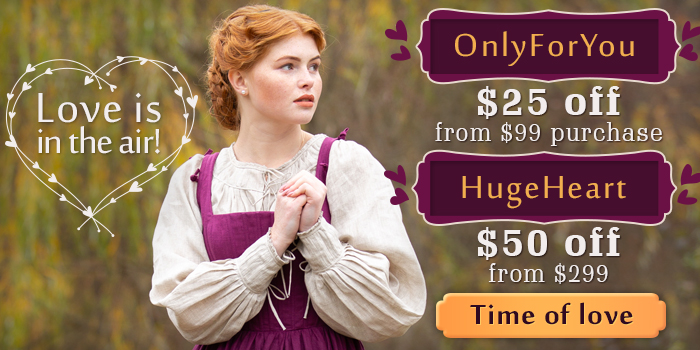 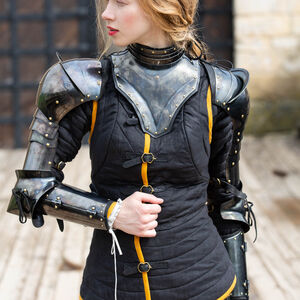 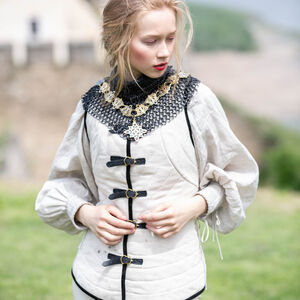 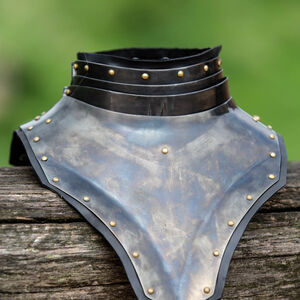 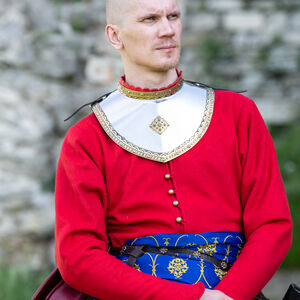 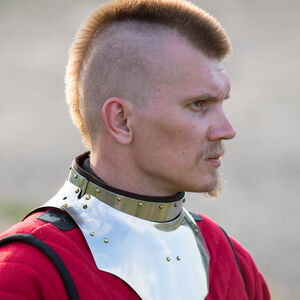 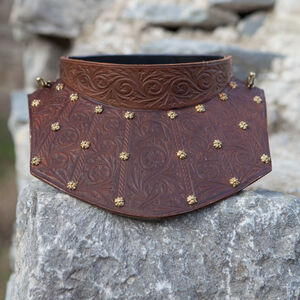 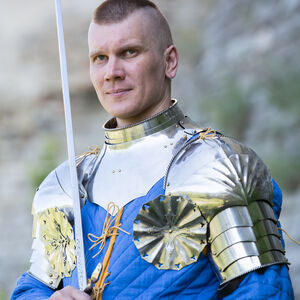 Shoulder armor with besegews and gorget 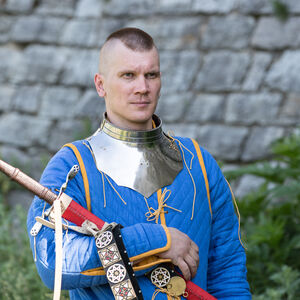 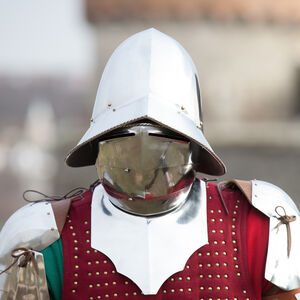 Cabasset With Bevor “Hound Of War” 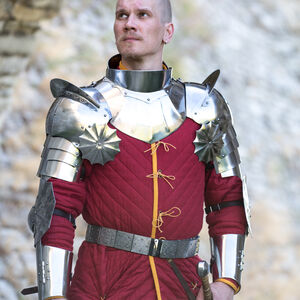 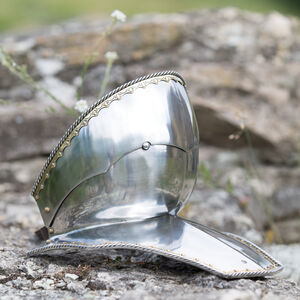 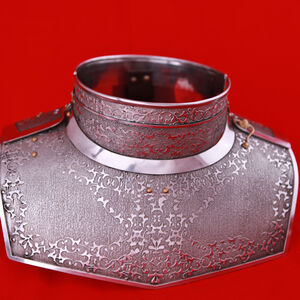 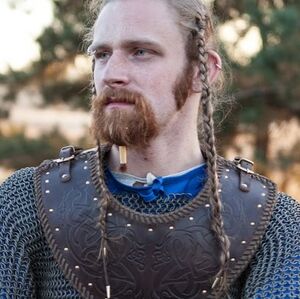 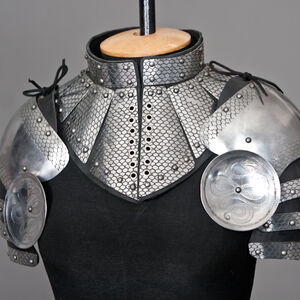 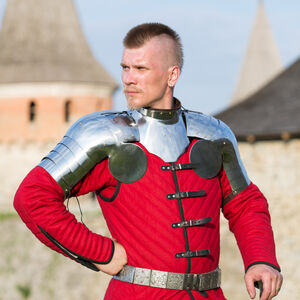 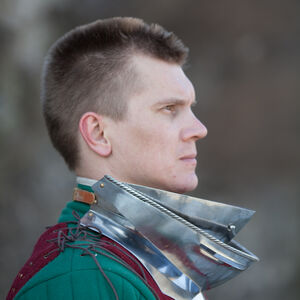 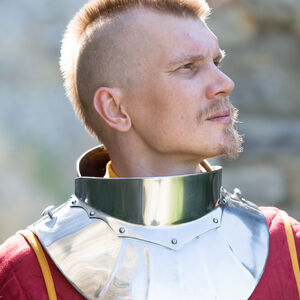 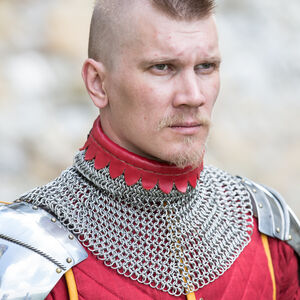 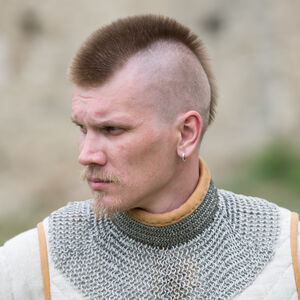 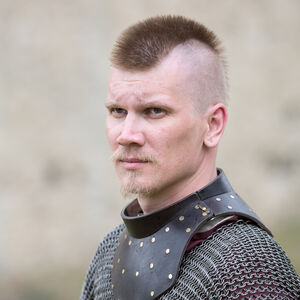 Defensive armour collar was an integral part of the knight’s harness. The primary purpose of leather, chainmail or steel gorget armor was to protect the throat, neck, and collarbones, which are often subjected to injuries in modern reenactment too, being targets for the opponents’ blows.

ArmStreet provides a great selection of gorgets, from the SCA type functional gear to the richly decorated stainless steel pieces suitable for heavy-combat standards from the BOTN and rebated steel to jousting. Decent neck armour will complete your warrior's outfit and provide an adequate level of protection from injuries whilst tournaments, buhurts or maneuvers. Just stick with the style you love and buy medieval gorget which meets your group's requirements and your sense of beauty.

Neck armour dates back to the 13th century when chainmail hood was divided into a helmet liner, an aventail, and a collar, preceding the rigid construction of 14th-century gorget. The blacksmiths' art has reached a sufficient level for producing all-metal armors to cover one of the most vulnerable parts of the body. In all likelihood, grand bascinet has got plate neck protection first, which later became an integral component of the armet helmet. Such a design had no application among the infantry, which had to be content with brigantines and gorgets of similar metal&leather construction. Though with the expansion of various sallets in the mid 15th century, gorget evolved into a bevor, which got traction among not only cavalry, but infantry and archers according to the chronicles, and can also be purchased in our medieval gorget store.

Check functionality and style of the models below:

The range isn’t limited by historically accurate medieval gorgets, we also produce fantasy models that will take the wow factor of your LARP costume to a whole new level! ArmStreet LLC is the world-known company which produces armour in-house for all your medieval needs. From affordable leather pieces for everyday training to stunning bespoke knight's harness emblazoned with stiffening ribs, etching, and laser-cut filigree, armstreet.com is dedicated to giving warriors the best possible historical products and service over the Internet.

© 2007—2020 Armstreet. All rights reserved. Designed and developed by ArmStreet