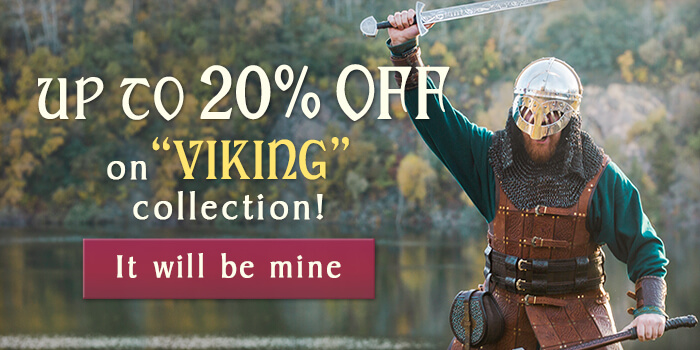 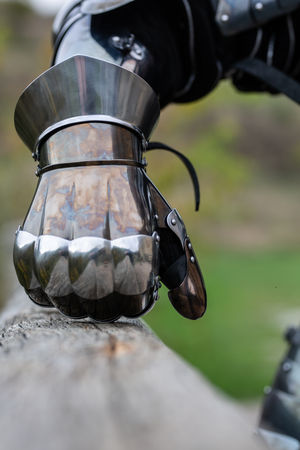 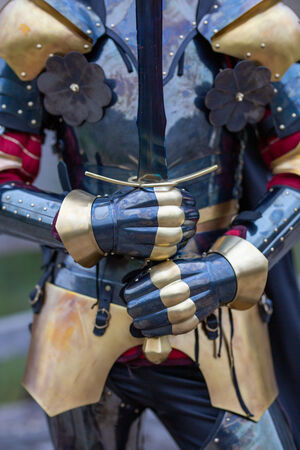 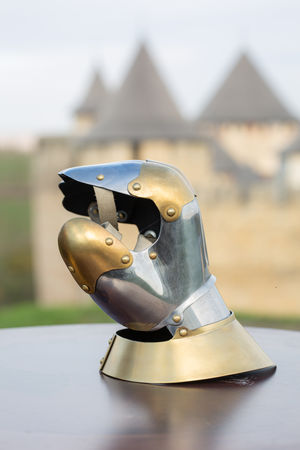 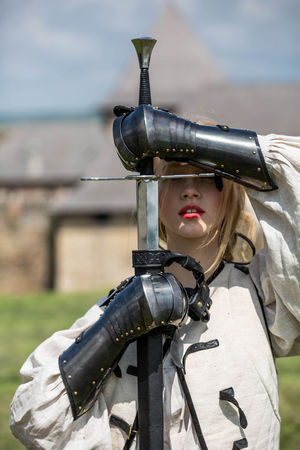 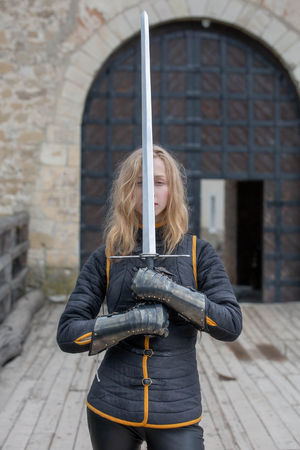 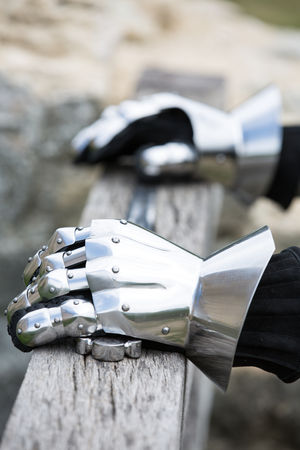 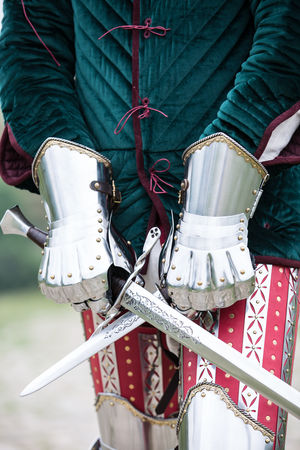 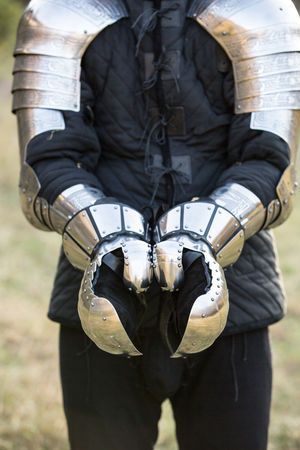 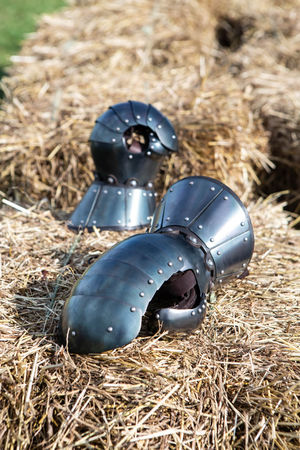 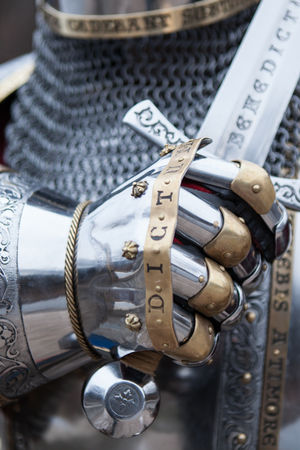 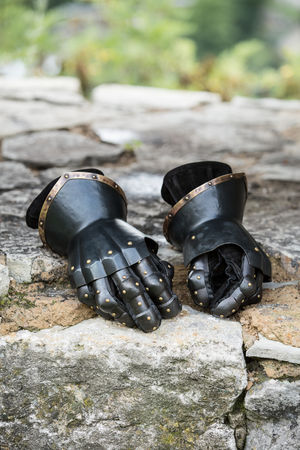 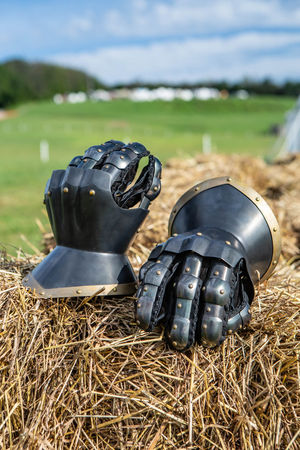 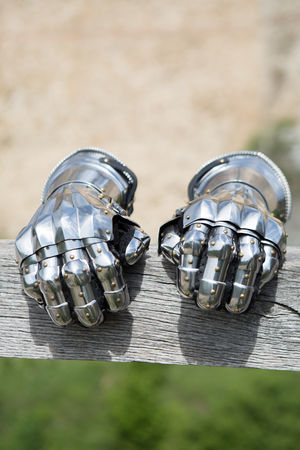 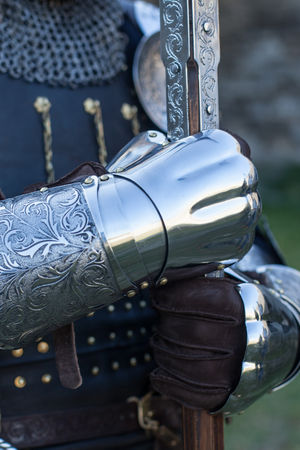 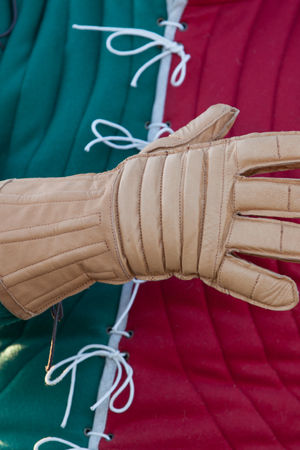 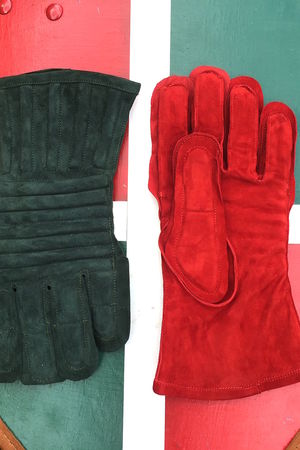 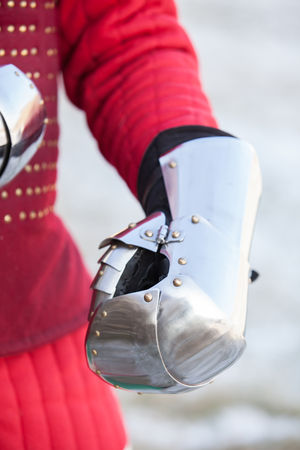 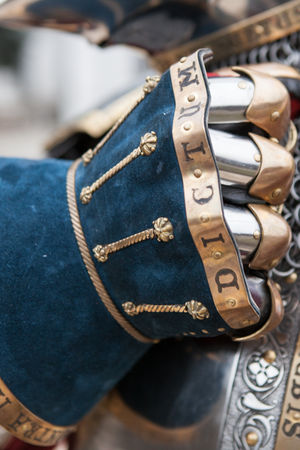 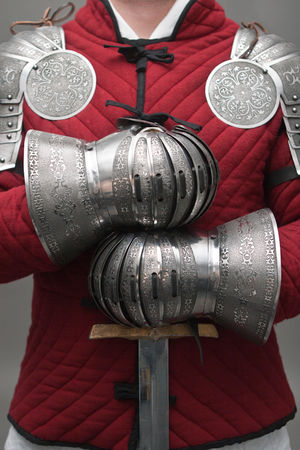 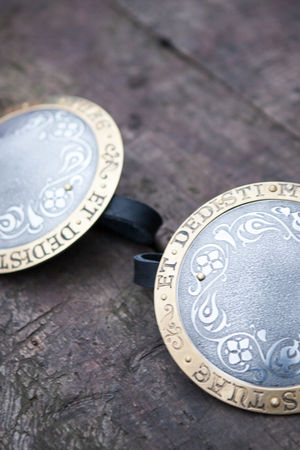 Since the appearance of an armor, hand protection always has been a concern in the hand-to-hand combat. Poor protection of this part significantly increases the risk of injury. ArmStreet team is proud of producing high-quality medieval protective gauntlets, and we are happy to share our knowledge.

The first knights wore no arm gauntlets, their hands were only protected with shield and sword guard. Until the 9th-century masters of arms achieved minor successes in creating of hand protection, but by the end of the Early Middle Ages, they started to pay more attention to this matter. Since the 2nd half of the 11th century, the knights began to resort to the use of thick leather gloves. Despite unreliable protection, leather gloves provided high-level mobility, so they were used until the mid-16th century.

Chainmail gauntlets were the hallmark of the knights during the 12-13 centuries. They were essentially a continuation of the hauberk sleeve and covered the outer part of the hand, leaving the palm exposed. The leather base has remained in the form of a liner, protecting the palms and allowing to firmly hold the weapon. Being adequate protection from cutting injuries and providing good dexterity these gauntlets were still leaving their owners quite vulnerable for powerful blows and thrust.

Advancements in the iron-making and blacksmithing during the Middle Ages epoch made steel cheaper and allowed more elaborate elements to be incorporated into the gauntlets. With the advent of plate armor, appeared an alternative to the baggy chainmail gauntlets - gloves, reinforced with metal plates, which were sewn on top or tied to the glove with leather straps.

These metal scales served as the basis for the development of the main elements of all-metal anatomically shaped gloves: metacarpal, cuff and finger plates. The latter became movable with the help of hinge mounts. Fully articulated gauntlets have been especially popular for the knight tournaments and jousting.

Mitten-style fingerless gauntlets (“mitons”) provided the best protection against crushing blows, as they created a solid shell around the hand which proved to be very tough to destroy. Mitten gloves with a pin locking mechanism allowed to fix a fist closed, firmly holding the weapon even at impact. That's why this style survived for the full duration of the armor era.

By the end of the 15th century, the formation of all functional components was completed. During the heyday of Late Gothic style, as never before in the history, all the attention was focused on the appearance of the gloves, carrying them not only as an integral part of the armor but also to match its owner. Armorers decorated them with etching and brass enrichments, adorned the knuckles with patterned nodules, elegantly elongated the cuffs coming above the wrists.

During the century, work was carried out to improve ergonomics of the gauntlets, so they tried to neutralize a heat-retaining effect by perforation. Small holes across the surface made it possible to lower perspiration during wear. As a result of the pursuit of greater mobility reappeared the mitten gloves. Phalanges plates were replaced with chainmail or small metal rings sewn on the leather base. Popularity of such protection, however, didn't make it more effective, as it couldn't prevent any serious injury from the heavy weapons.

Here is our collection with the wide variety of the models of fully functional combat-ready steel gauntlets. Custom gauntlets are made according to the individual measurements, with an utmost attention to the safety, quality, and details. Designs of our models are based on the historical examples of medieval gauntlets and also came as a result of years of sword practice in different styles and constant consultations with SCA marshals, Western martial art experts, and historians. From the basic models to our top-of-the-line lavishly decorated ones - all our steel gauntlets are providing best possible safety in the class. Basic material for most of the models is 16 gauge stainless steel, however, mild steel or heavier gauges could be also requested.

Deciding to buy medieval gauntlets, pay attention to the variety of common forms: