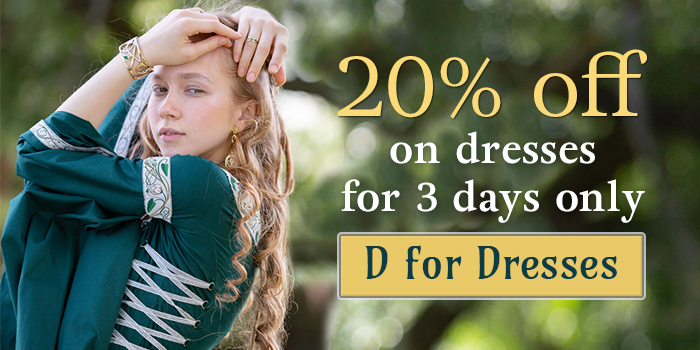 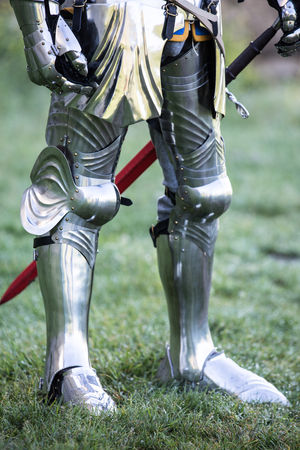 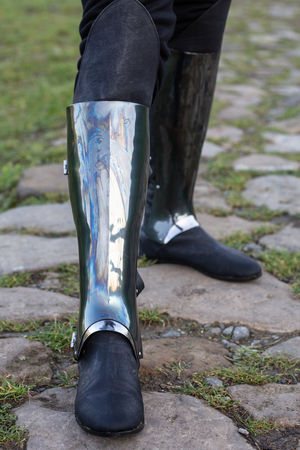 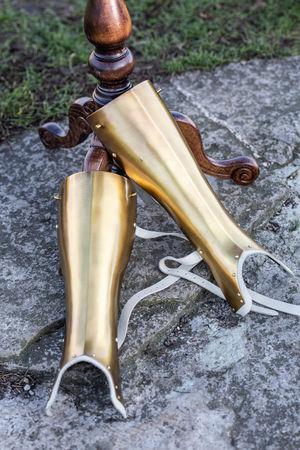 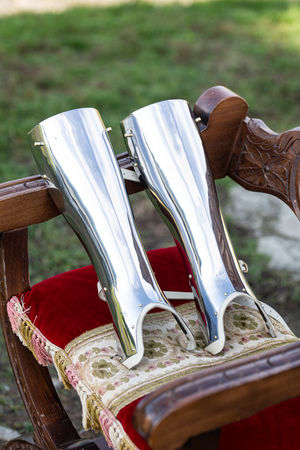 Shin protection made from spring steel 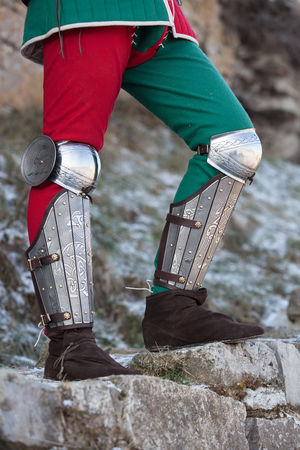 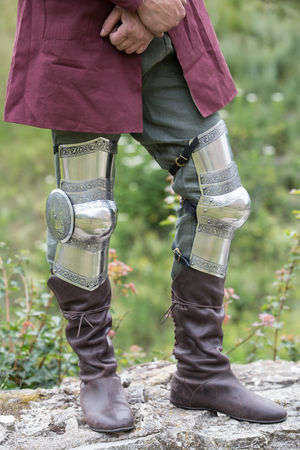 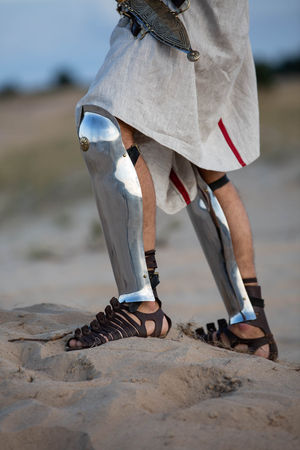 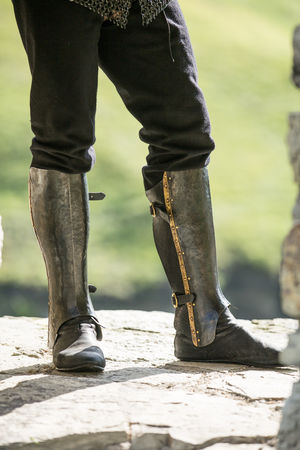 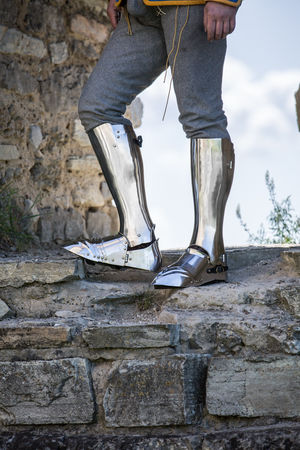 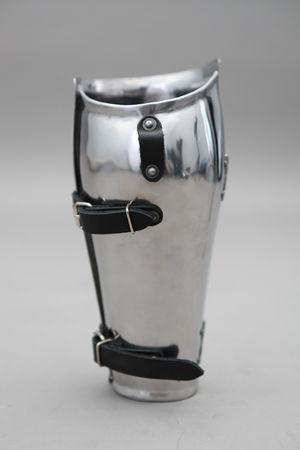 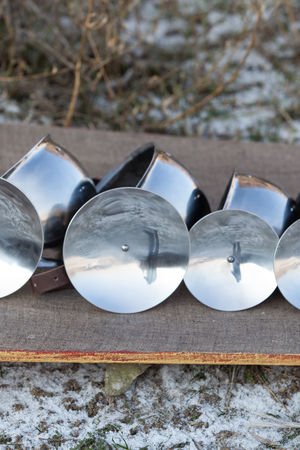 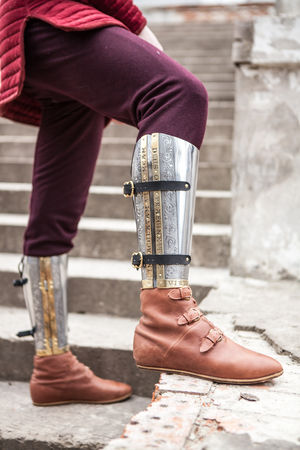 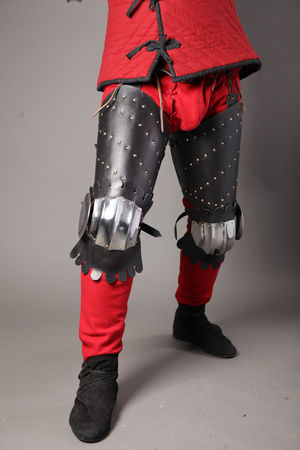 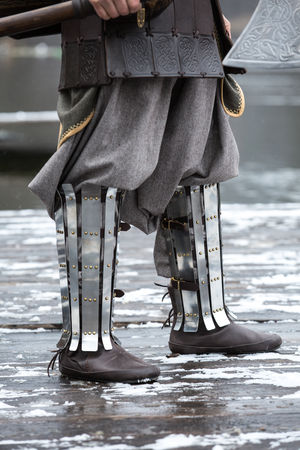 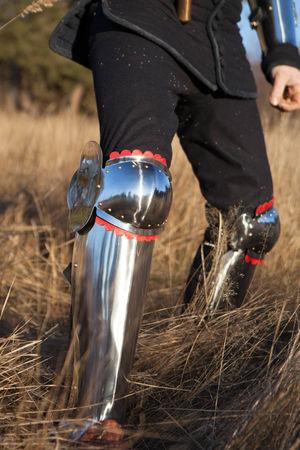 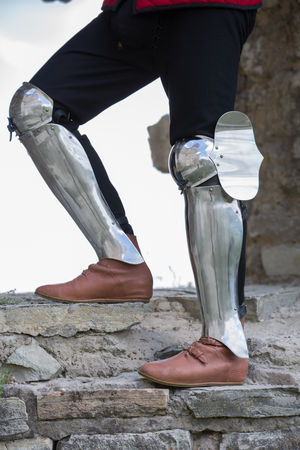 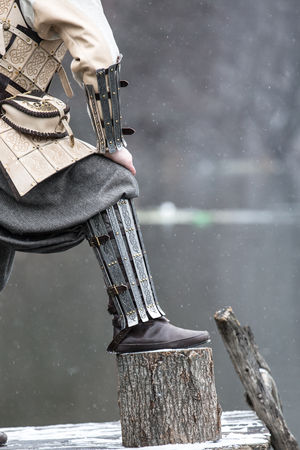 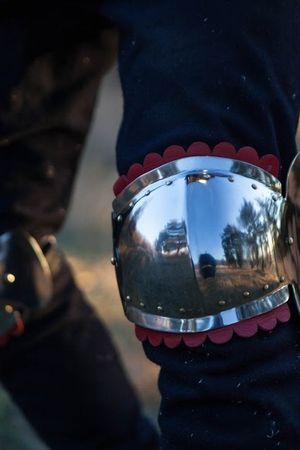 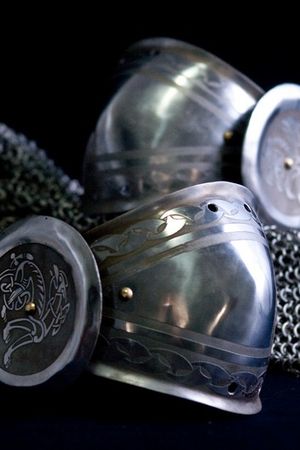 Medieval Cops with Round Leaf 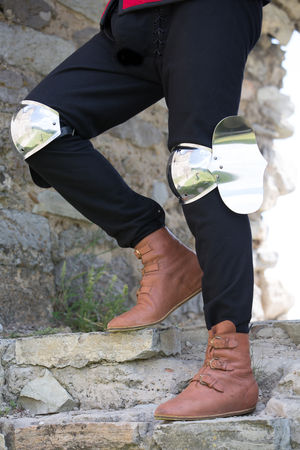 Combat armor knees with side leaf

No-one can say exactly when people started trying to protect their calves and shinbones, but we know that ancient Greeks and Romans were using solid-metal greaves armor to defend the tibia as evidenced by the contemporary historians and numerous archaeological finds. Brass and bronze plates were forged to cover the front part of the lower leg, stretching from the ankle to the knee, with the help of leather straps. A thousand years ago this design was already well-established.

The next step in the greaves evolution was the Romans encounter with the Gauls, and their first acquaintance with the chain mail. Initially, it was used only for the torso protection, but made up and served as limbs defense during the early Middle Ages, long before European blacksmiths started to forge plate greaves.

The fall of Rome led to such a decline in the blacksmith's craft that during the Dark Ages the rigid defense remained forgotten. The primary and sole knight armour was chain mail, less often scales or lamellar. Chain mail stockings were attached to the belt and tied up at the knee to somehow redistribute the weight, nevertheless, their cumbersome overloading effect was obvious. Only in the 12th century, under the influence of the Crusades, all-metal leg piece in form of knee cops re-entered a standard Wester-European armor kit.

Leather greaves, as the easiest to manufacture, apparently were borrowed from the Arabs. Over time, they were refined with longitudinal steel splints, riveted under or onto the leather base, thus creating a transitional splinted armour, typically favored by foot soldiers. Reinforced with metal bars, they provided great fit and flexibility. To enhance their protection properties, we use veg tanned leather for splinted armor available in our medieval greaves store. Check other functional models from our constantly updated range:

The first plate greaves appeared in Spain and Portugal in early 14th century, were almost flat and slightly curved. Over the next couple of centuries armorers perfected the forging skill, providing the greaves with anatomical tubular shapes, which are still great for any knight who wants to ensure the safety of his legs. Medieval greaves usually consisted of three curved metal plates that were strapped or buckled at the back or at the side. They were widely used by cavalry to protect legs and heels while riding a horse. Their surface could be smooth or decorated with a relief pattern, etched or engraved, finished with gilding, leather or velvet borders.

Greaves design has changed slightly over the centuries, indulging the vagaries of fashion, but with function in mind. Going to buy medieval greaves from ArmStreet you get guaranteed quality even at the most affordable price. We produce separate schynbalds and greaves as a part of armour legs and full harnesses for over ten years, so you can trust us in protection of all that’s below your knees!